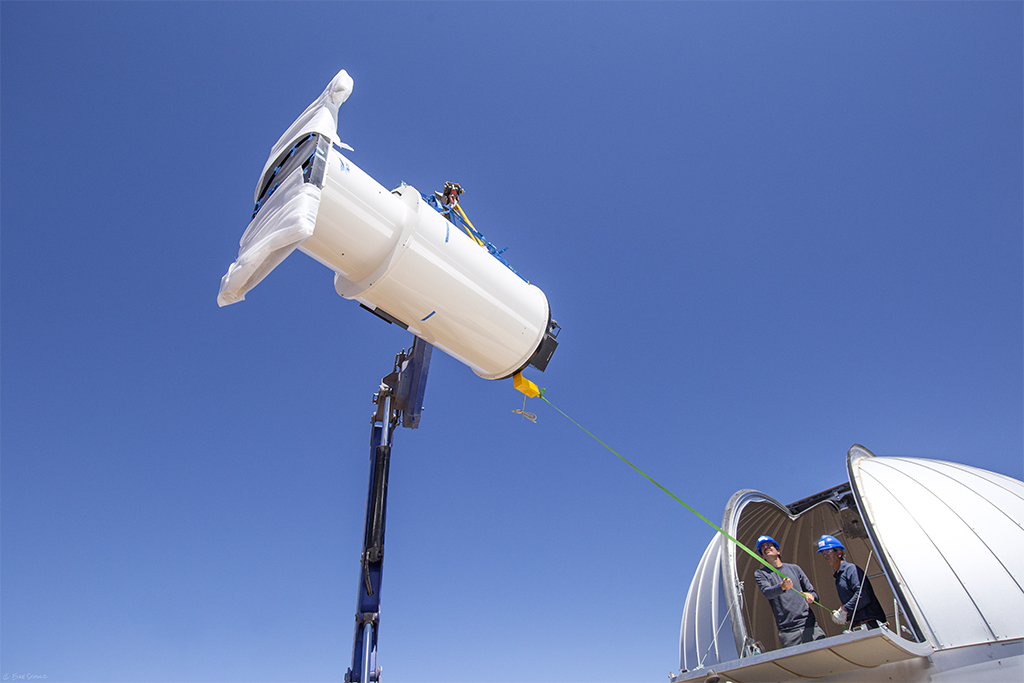 It was an exciting day at El Sauce Observatory as this remote Chilean observatory witnessed the arrival of the ATLAS telescope.
ATLAS stands for “Asteroid Terrestrial-impact Last Alert System” and refers to an asteroid impact early warning system developed by the University of Hawaii and funded by NASA.
Currently, the ATLAS system consists of four identical telescopes: one at Mauna Loa Observatory on Big Island (Hawaii/USA), a second on the summit of Haleakala on Maui (Hawaii/USA), a third at the Sutherland Observing Station (South Africa), and a fourth at the El Sauce Observatory (Chile). The first ATLAS telescope became fully operational at the end of 2015, and the second one in March 2017. All going well, the two new telescopes in South Africa and Chile should be operational within the first half of 2022.
The addition of the two telescopes in the Southern Hemisphere allows the ATLAS team to detect asteroids approaching from a southerly direction, provides 24-hour night sky coverage, and reduces the amount of observing time lost to cloudy weather.
Each of the ATLAS telescopes consists of a 50 cm diameter f/2 Wright-Schmidt system with a field of view 15 times the diameter of the full moon. Combined with a powerful 110 megapixel CCD camera, this system can detect a match flame in New York, as viewed from San Francisco.
The ATLAS system automatically scans the whole sky several times every night, looking for moving objects. In addition to asteroids, the system can also detect comets, dwarf planets, and supernovae.
The truck with the telescope arrived safely after a long journey, the last leg of which was on rough, unpaved mountain roads.
Of course, the mirror (roughly 30 kg) and the telescope (approx. 150 kg) were stored separately. The lift-off and handling of the telescope was performed directly from the truck so that voice and hand signs were necessary for the accurate placement. Thanks to the dedicated team, all worked very well and finally the telescope was placed safely in its new home. 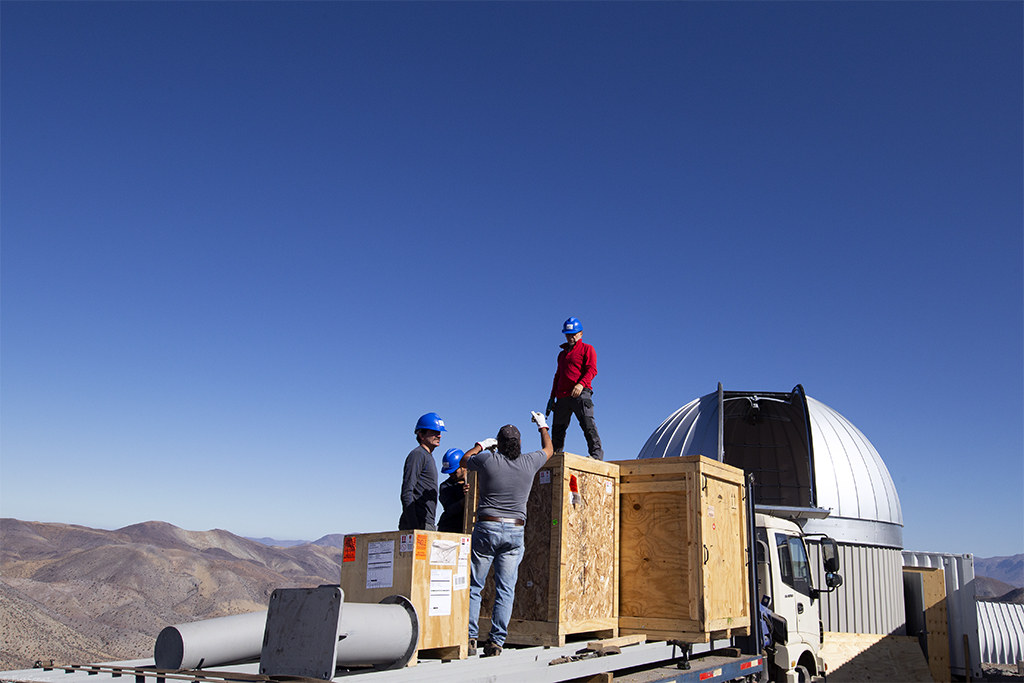 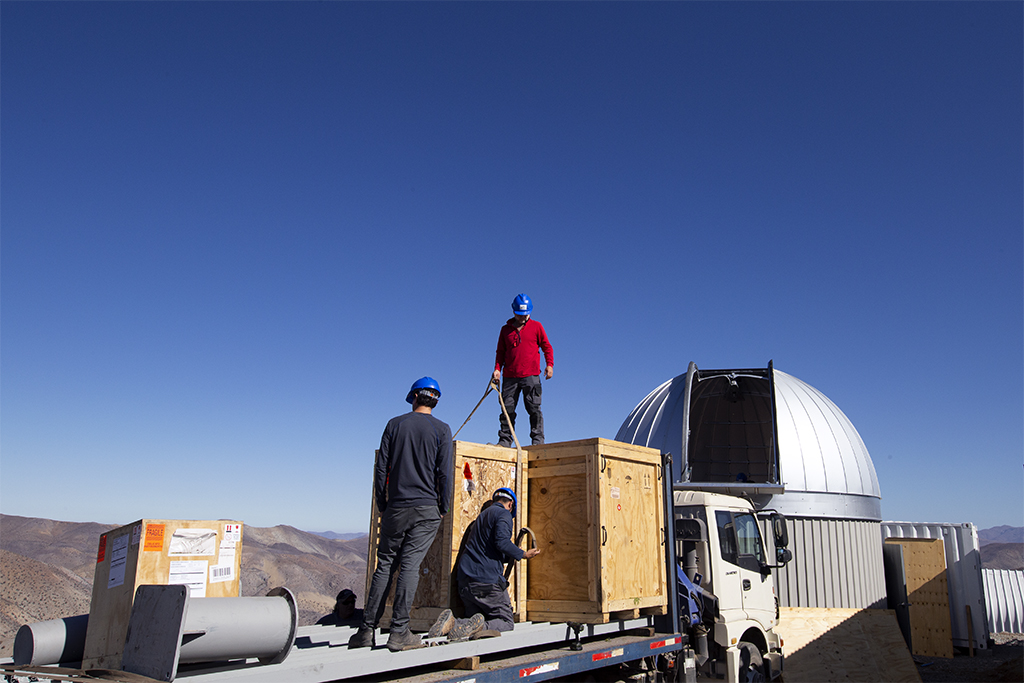 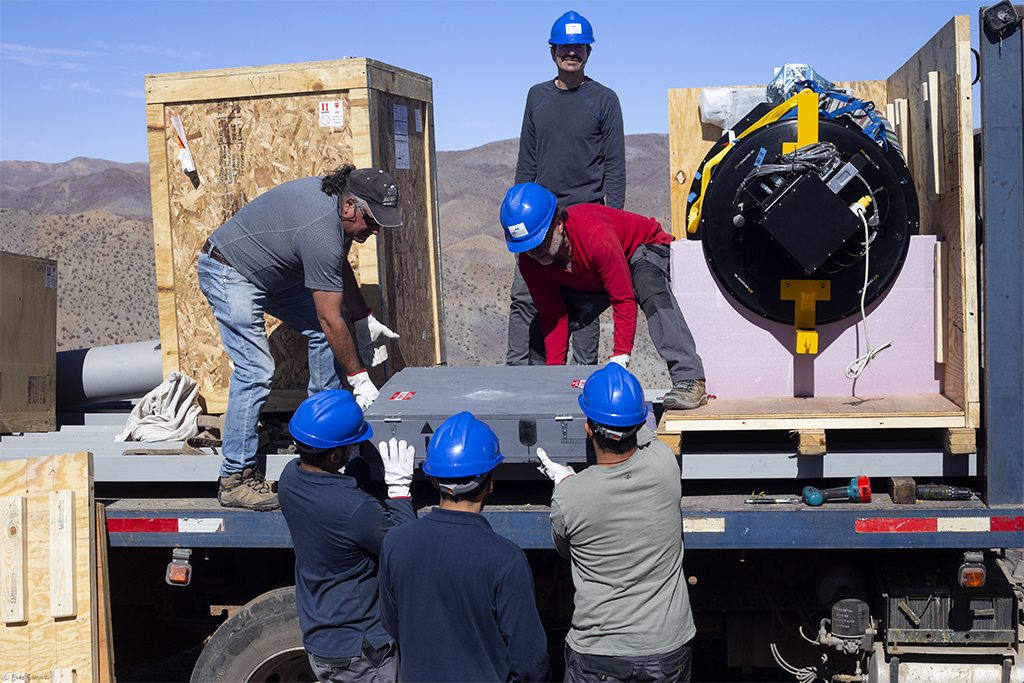 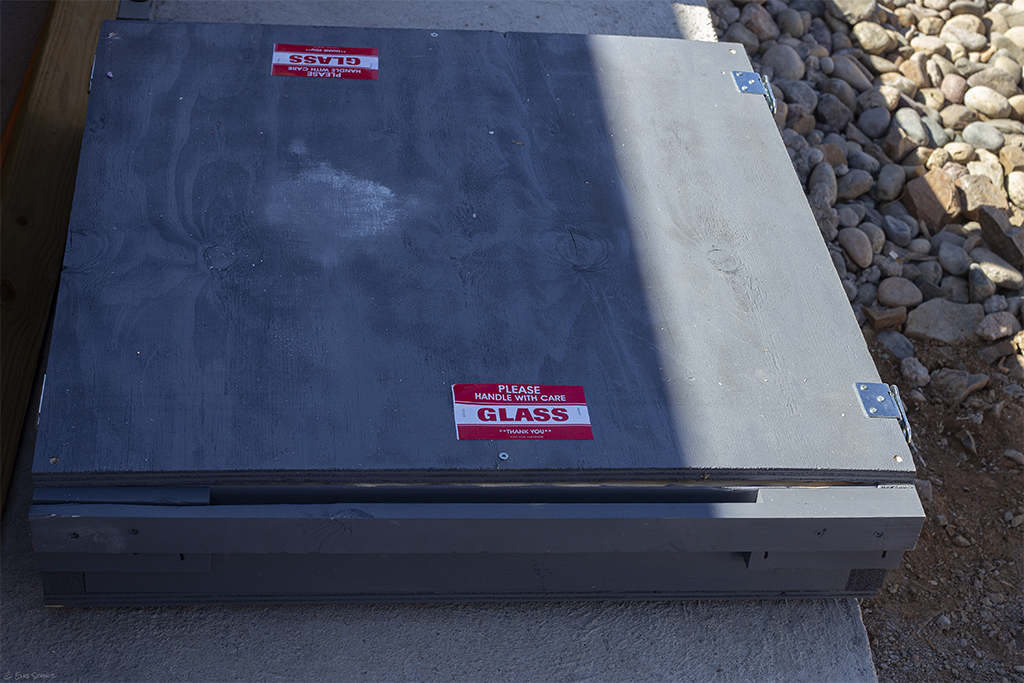 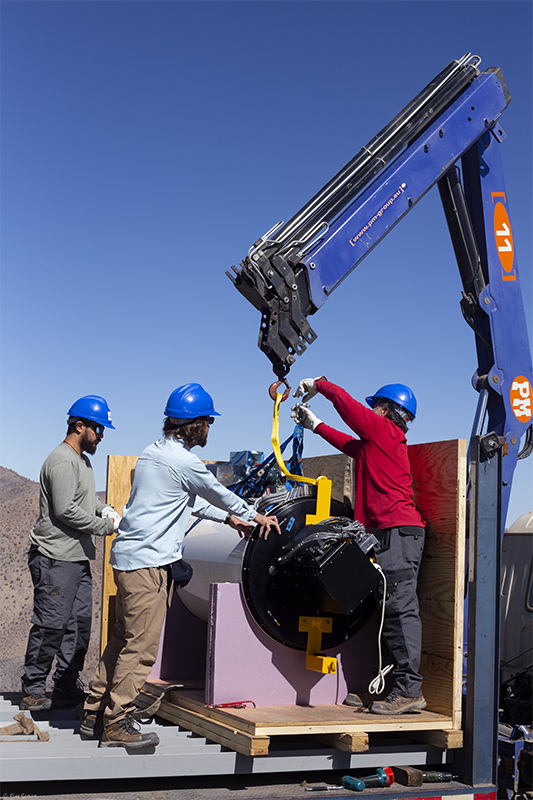 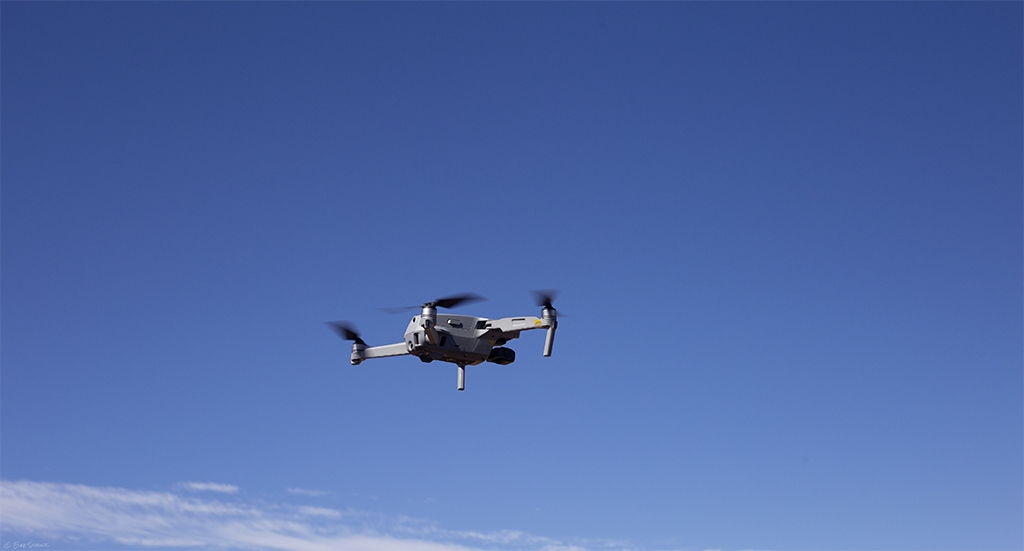 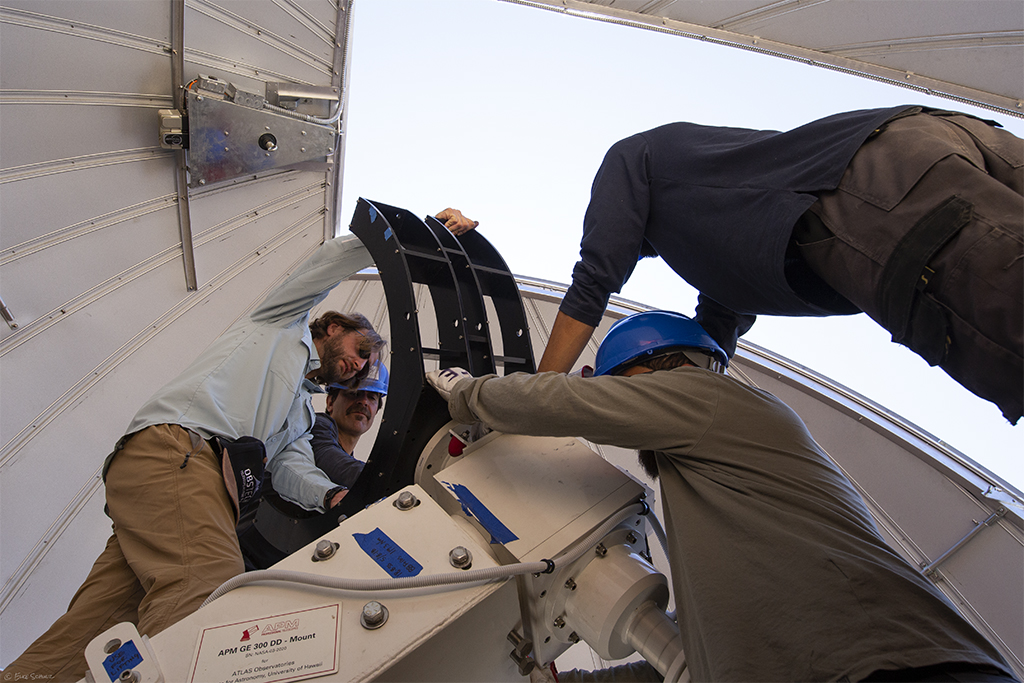 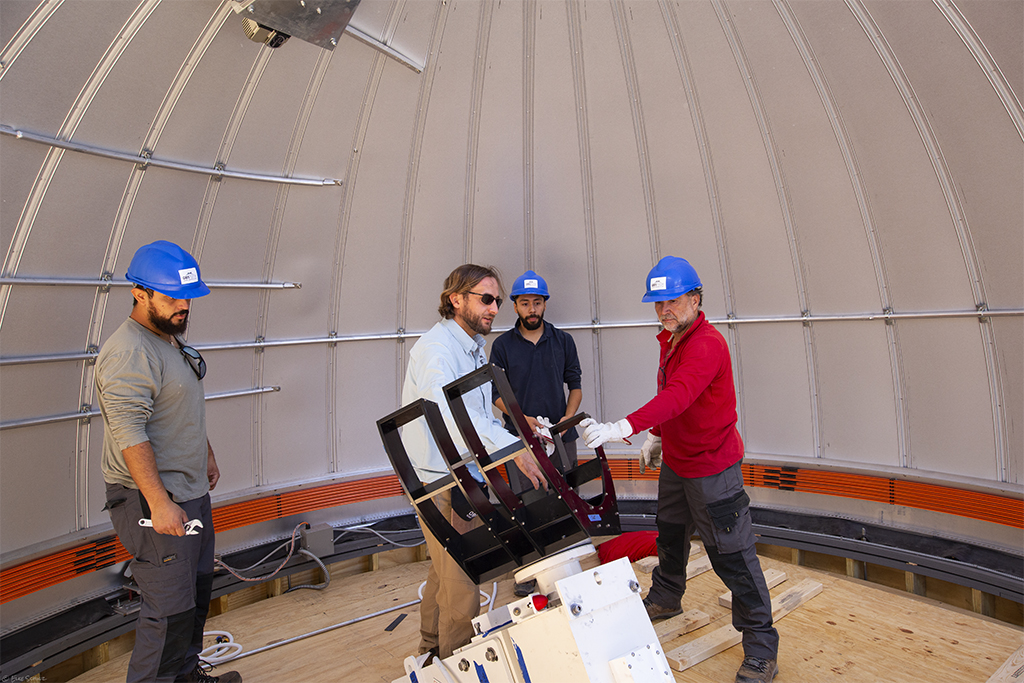 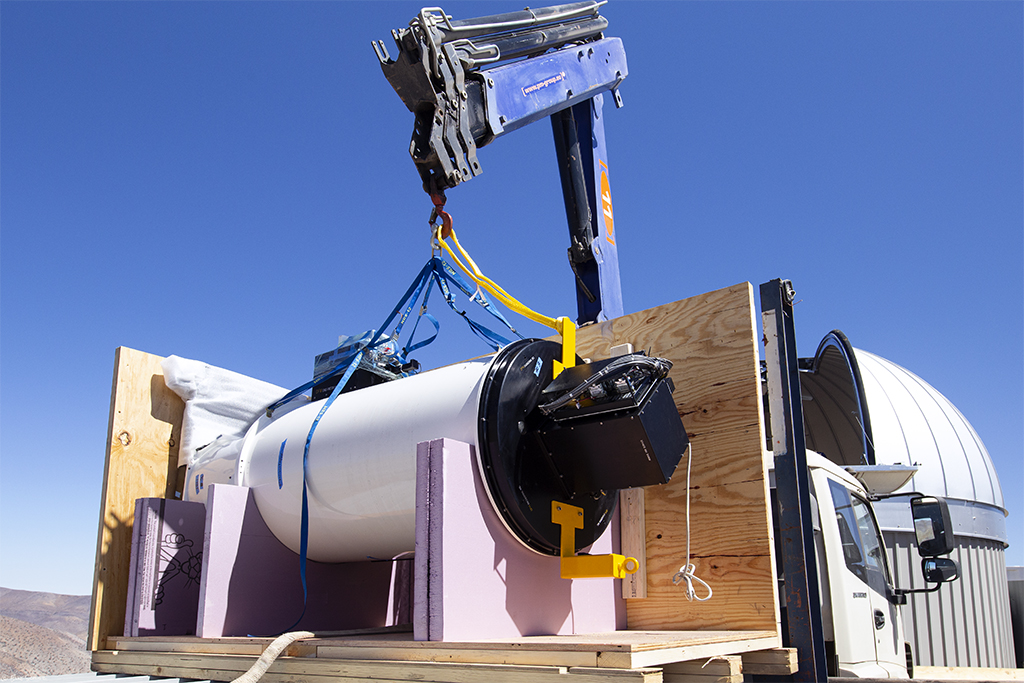 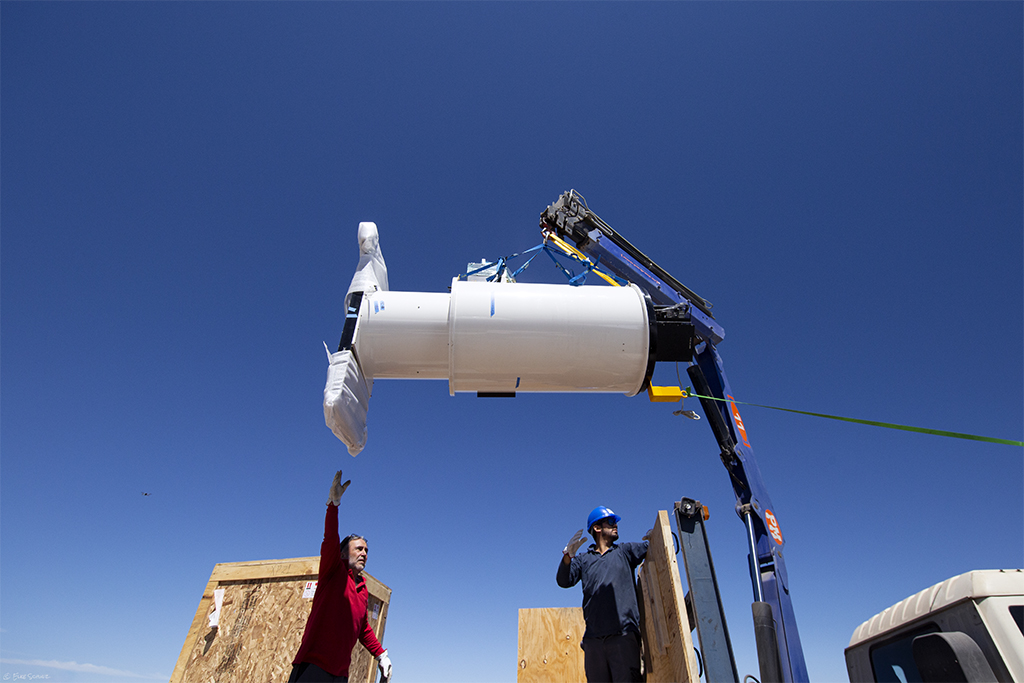 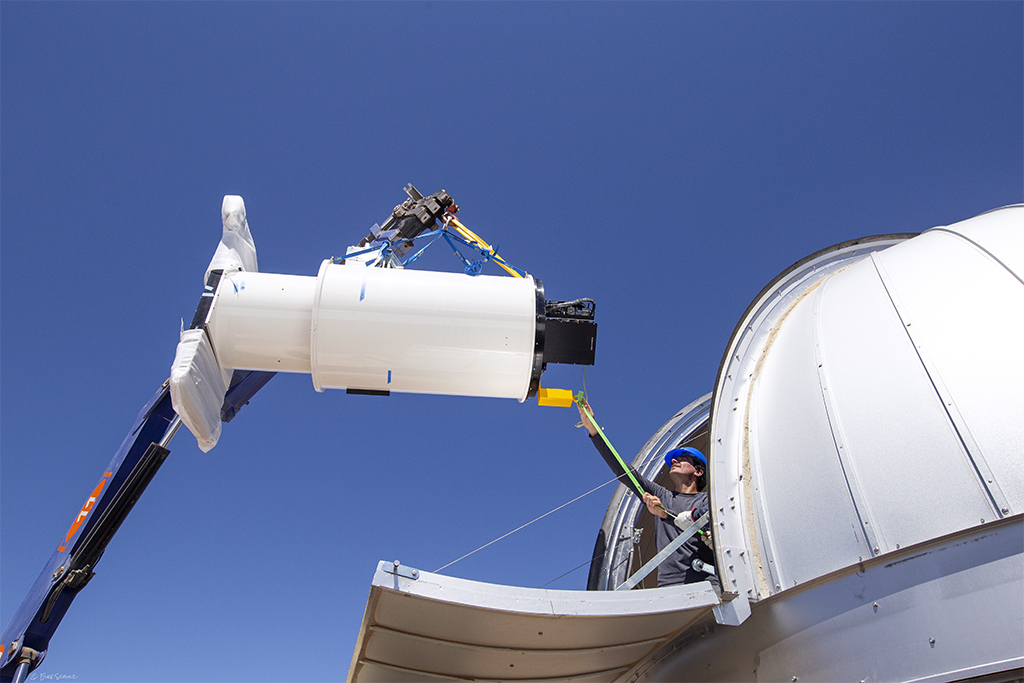 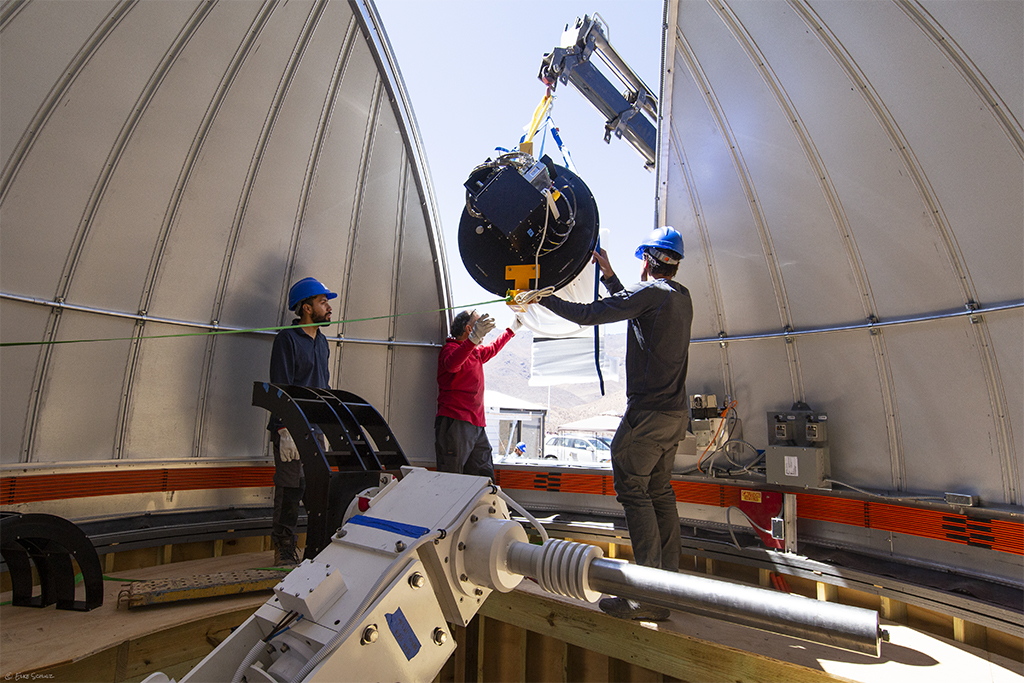 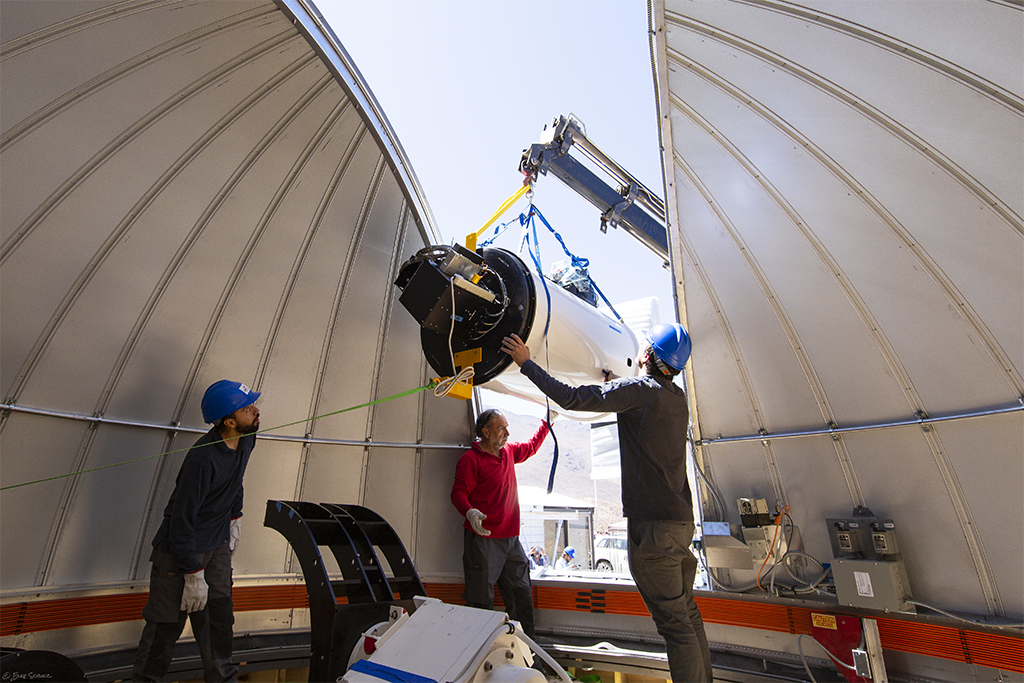 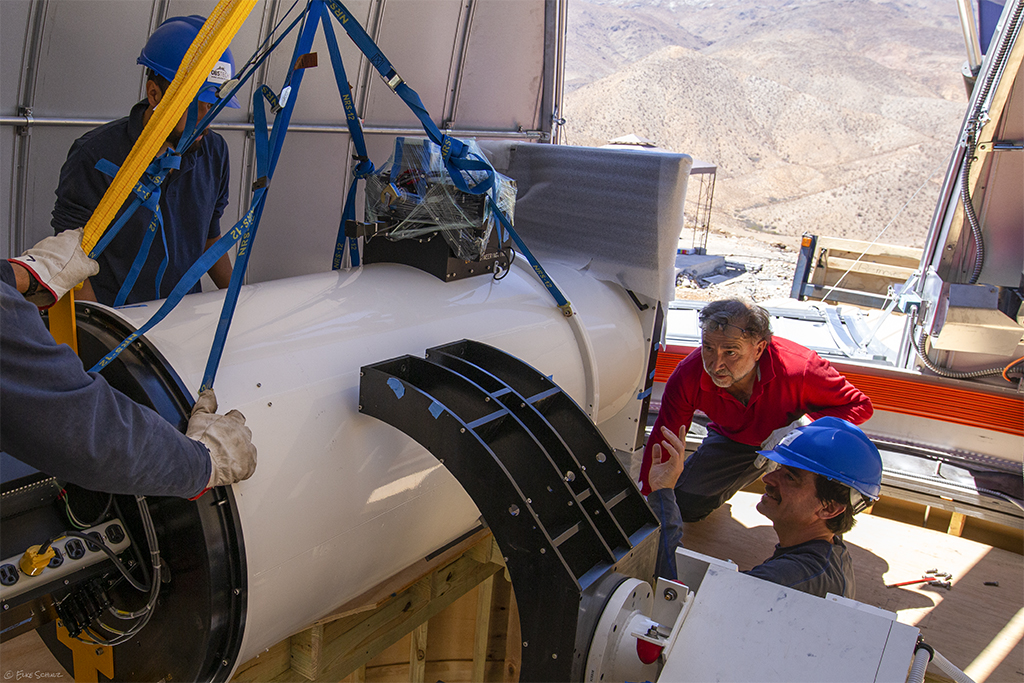 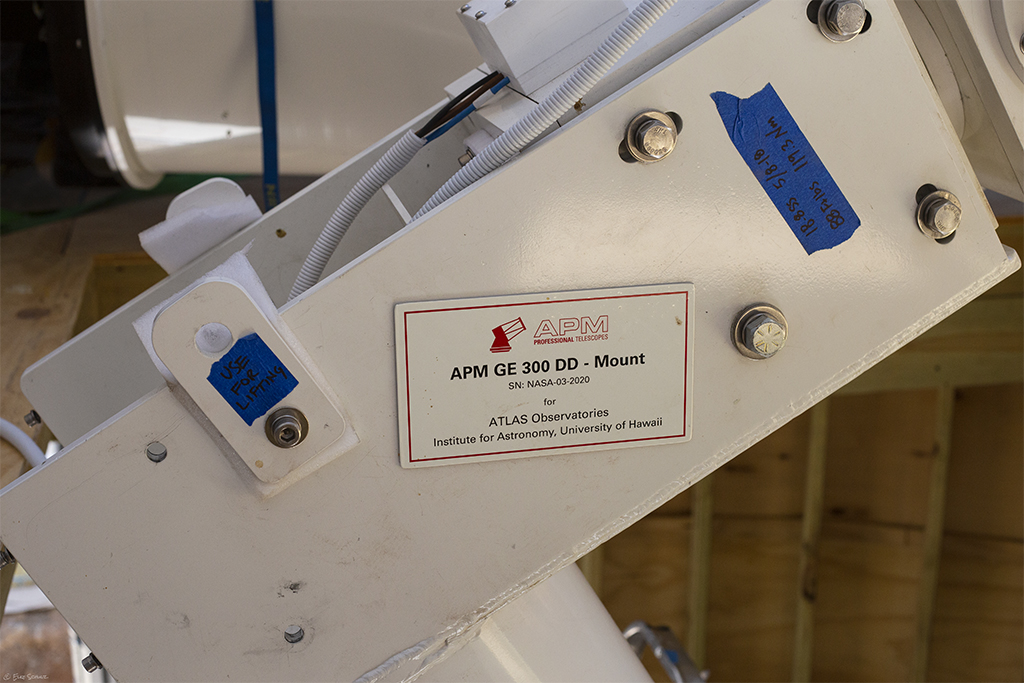 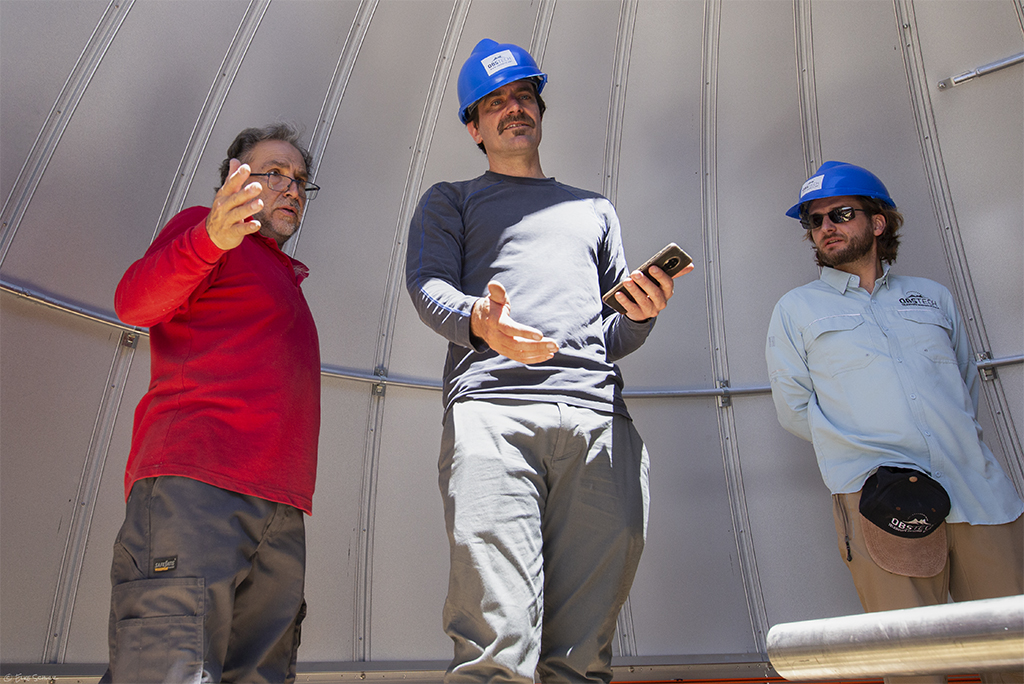 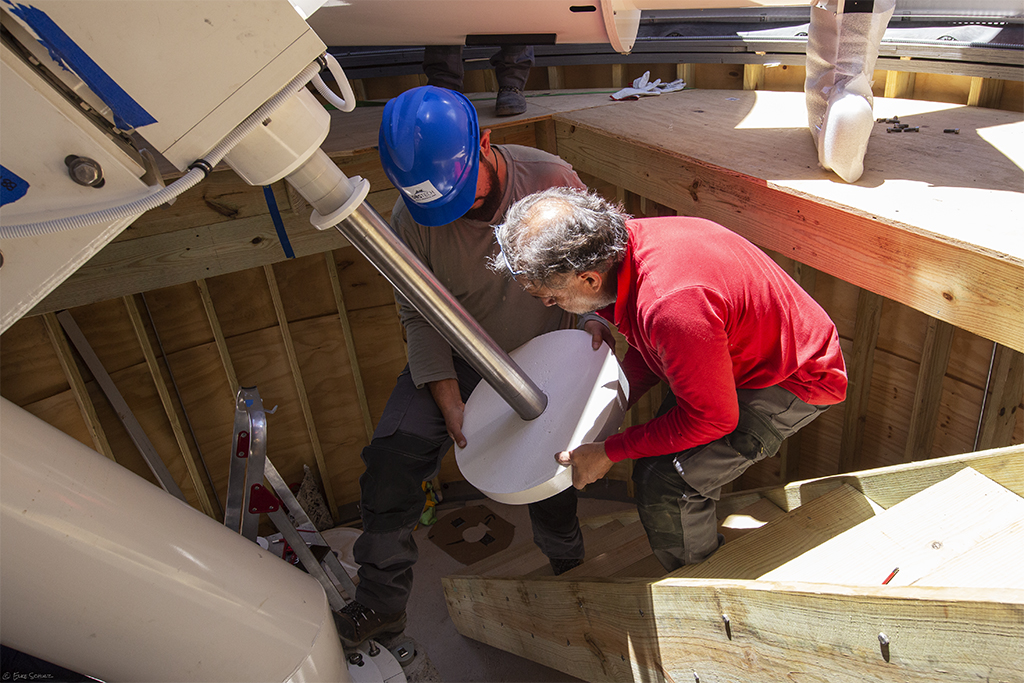 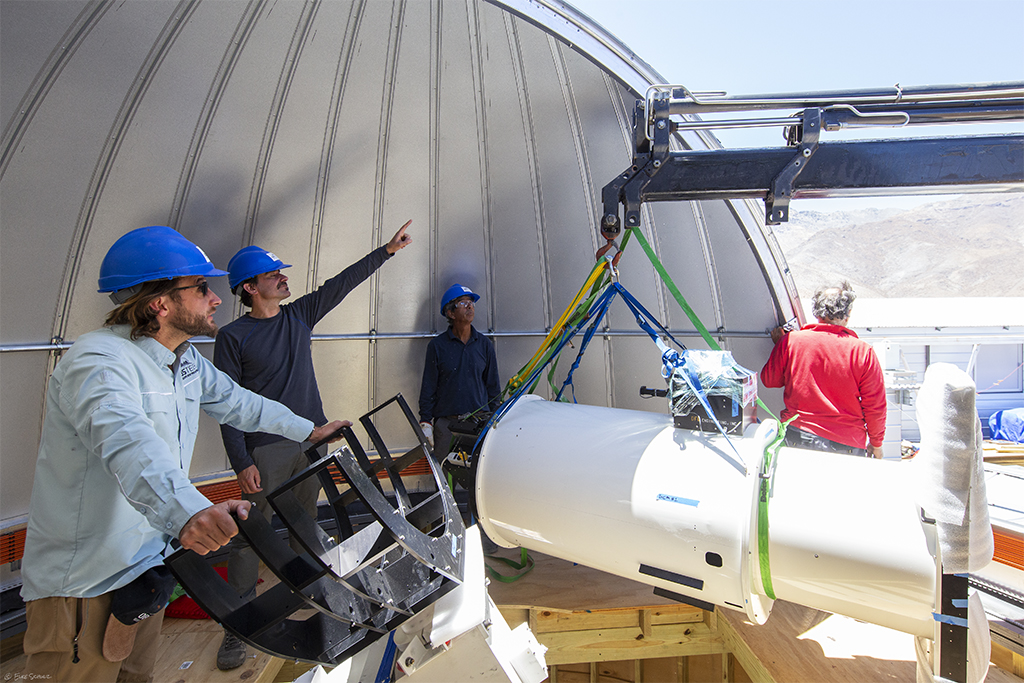 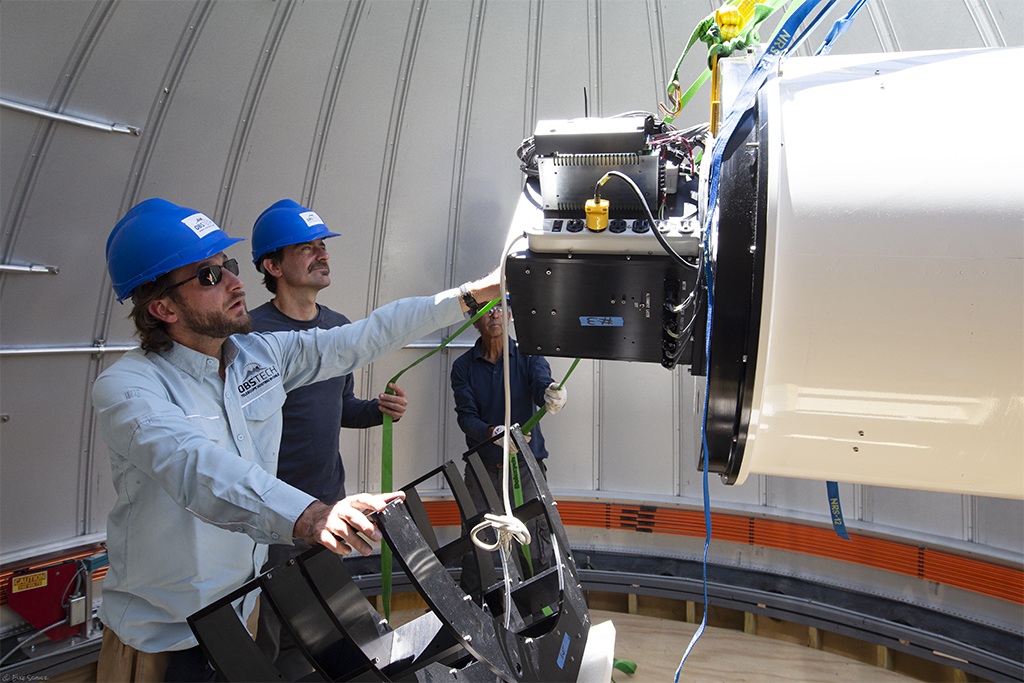 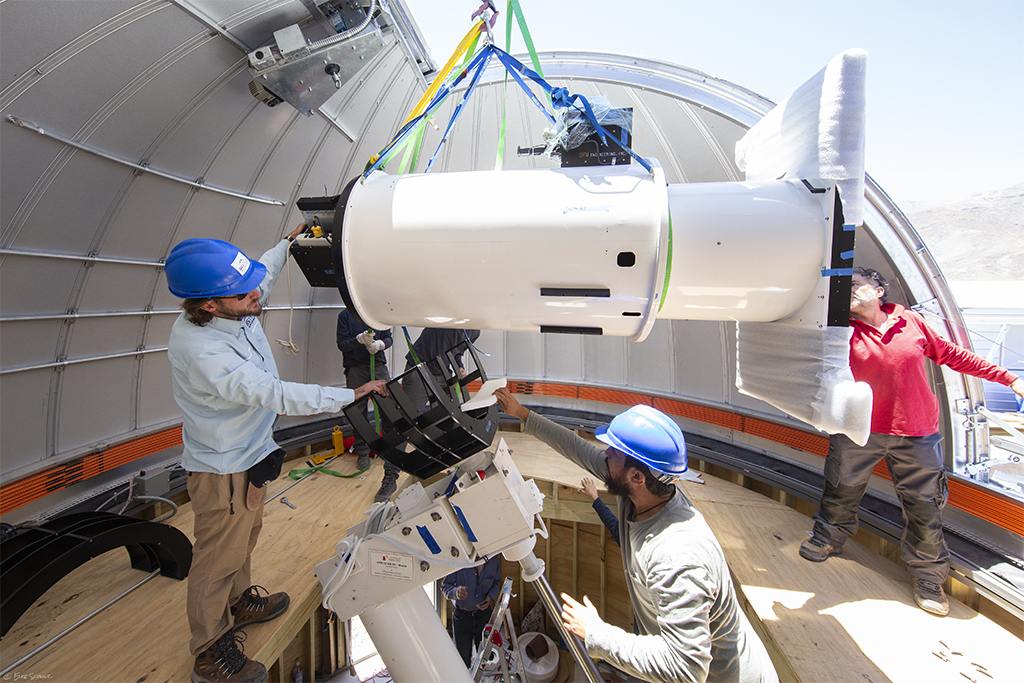 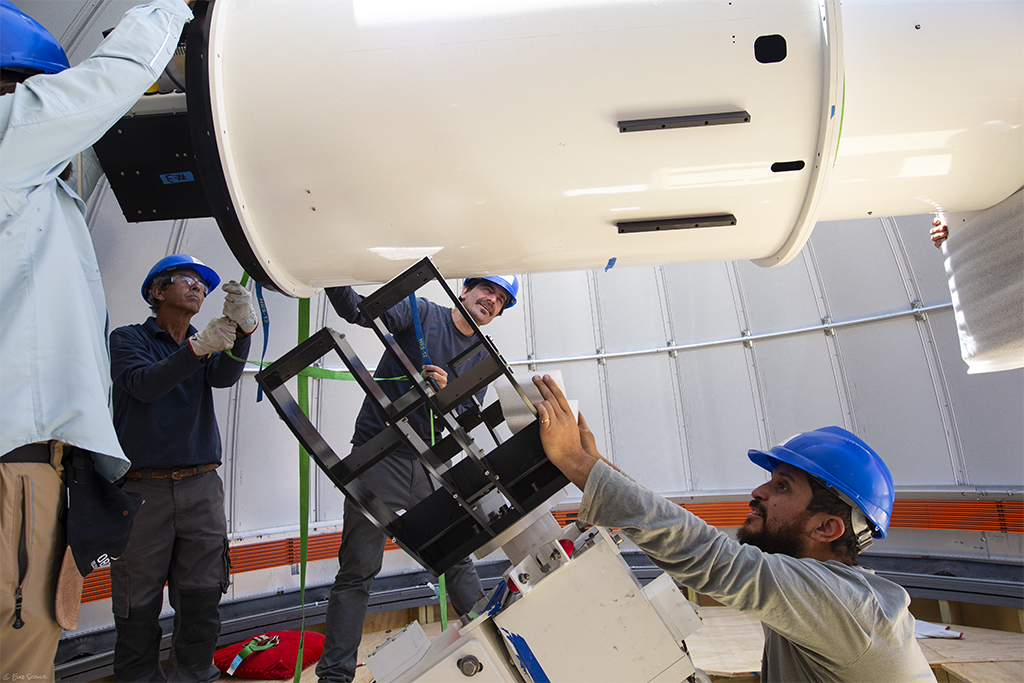 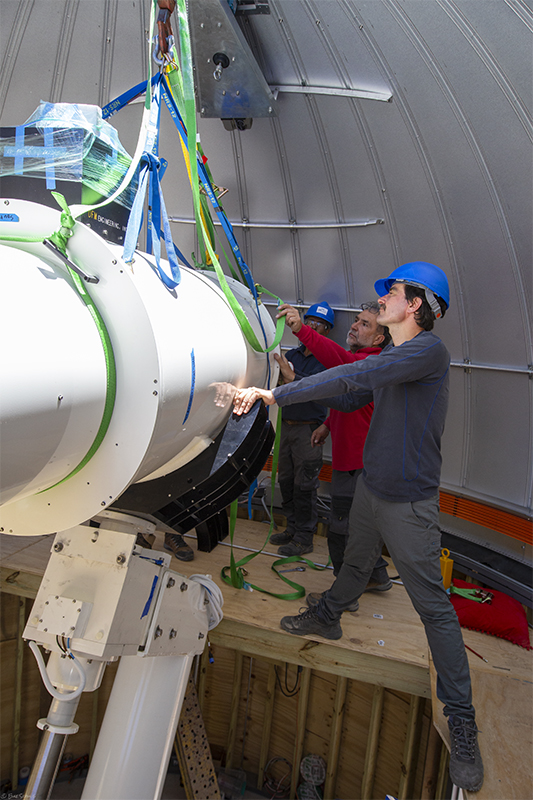 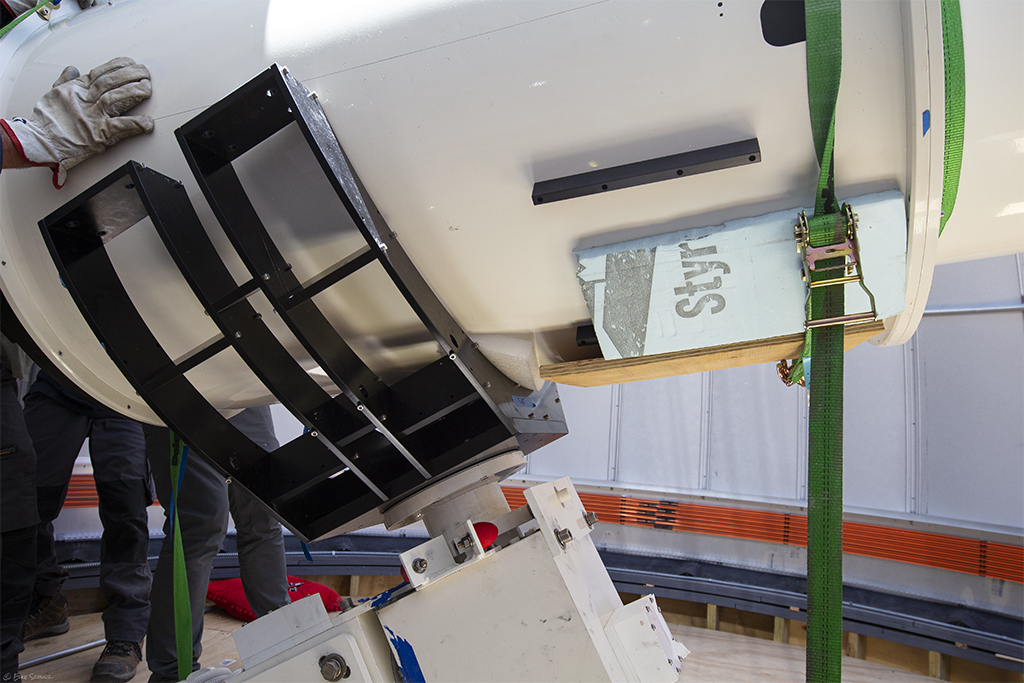 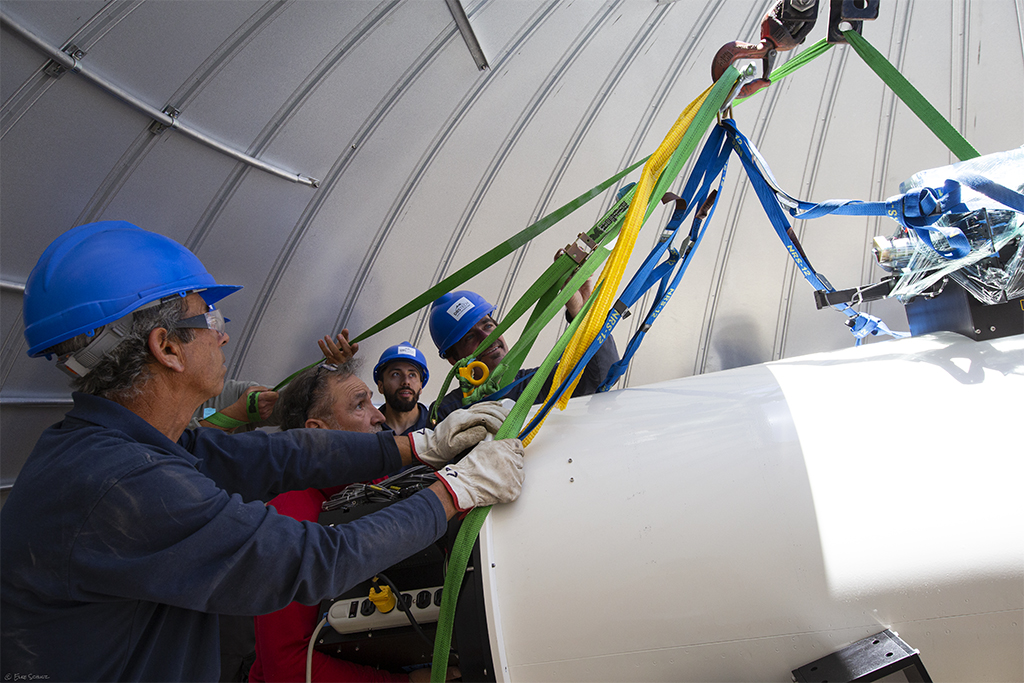 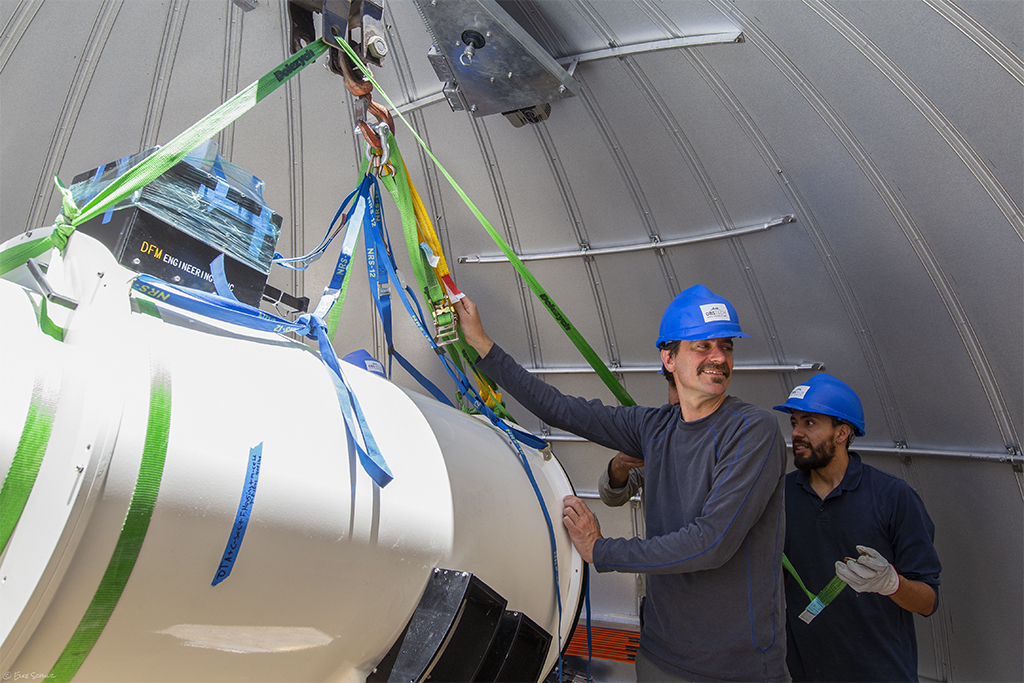 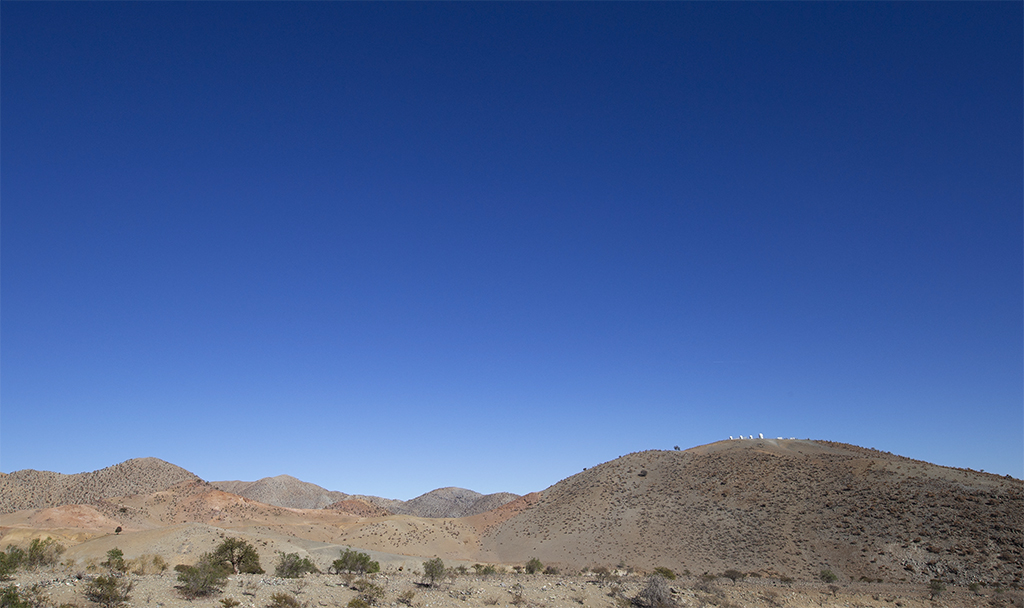 The Universe at Your Fingertips