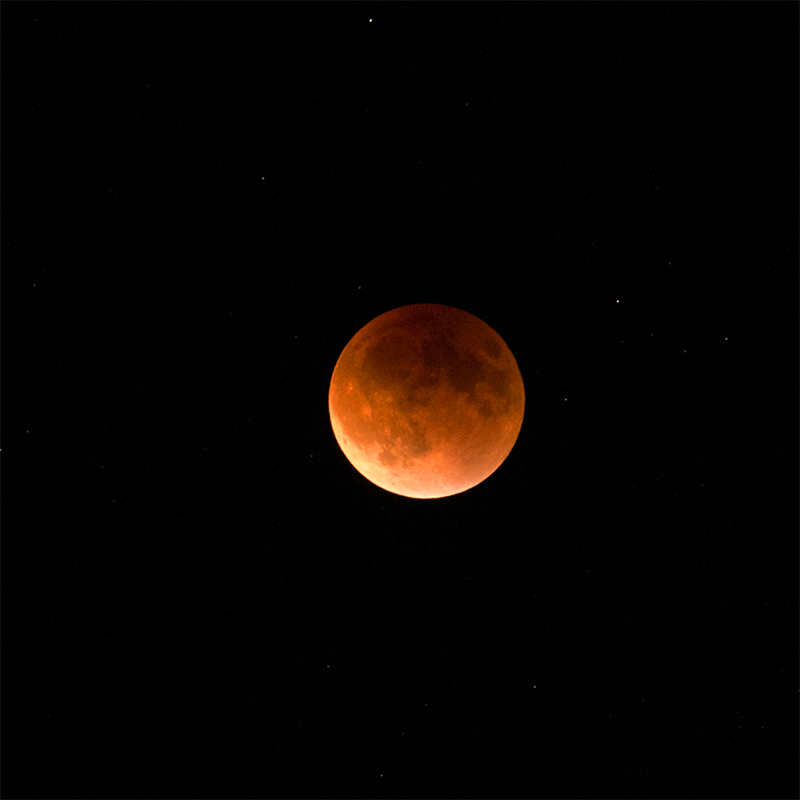 On the evening of September 27, 2015, we were lucky to witness the eclipse of a Supermoon. A full moon is referred to as a Supermoon when it is closest to the Earth and therefore is a tiny bit larger and brighter than a regular full moon. Lunar eclipses of Supermoons are relatively rare. The last one took place in 1982 and the next one will be in 2033.

Here in Oregon (USA) we missed the first part of the eclipse (first and second contact) as the moon was still below the horizon. However, we got treated to a nice total phase, which began at the horizon and gradually made its way up.

[Just click on the pictures below for a larger image.]

Our location with an unobstructed view of Mount Hood, Oregon’s highest mountain (3429 m).

It was a beautiful location, but – we were not alone. 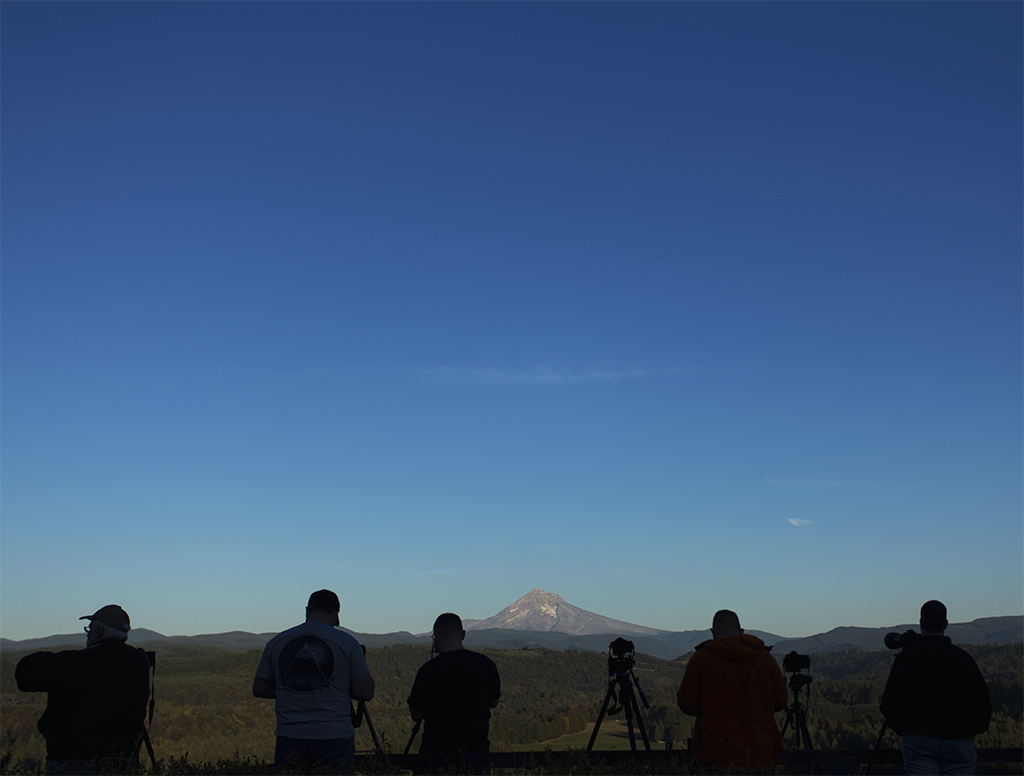 In fact, we were joined by dozens of fellow lunar enthusiasts. 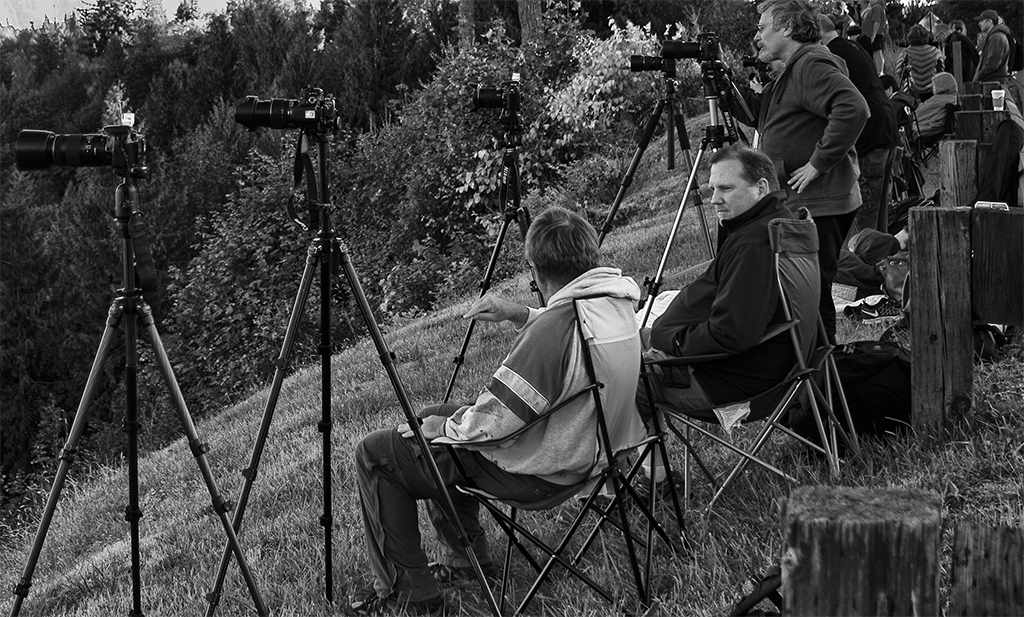 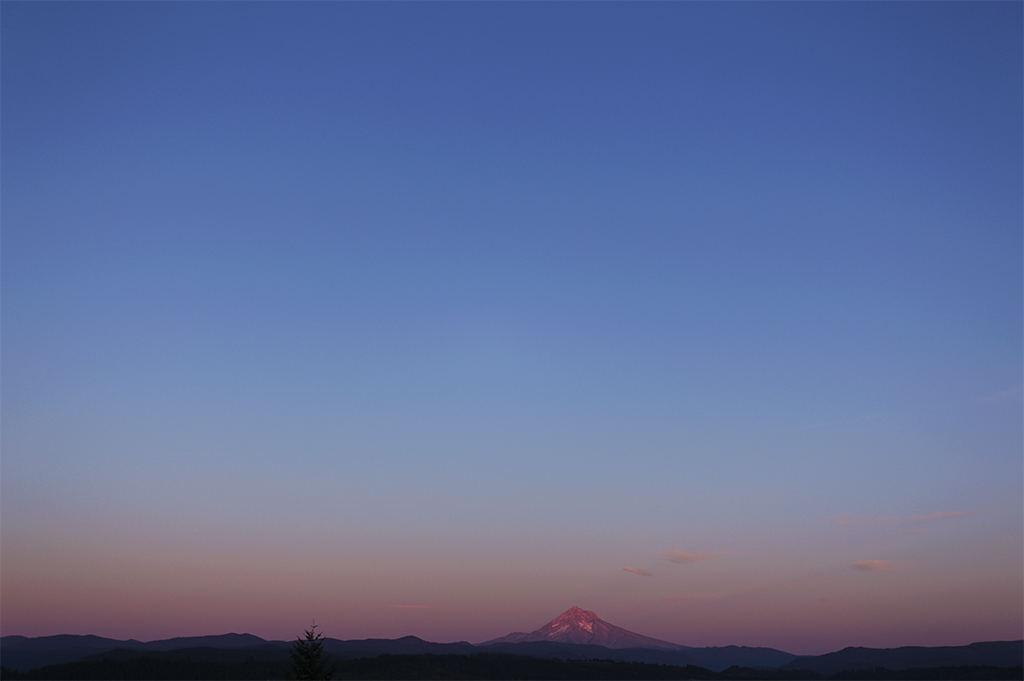 Shortly before moonrise. There is a bit of haze at the horizon, making it harder to spot the totally eclipsed moon.

Moonrise. The totally eclipsed moon is barely visible. You can find it when you follow the slope of the mountain on the left side. 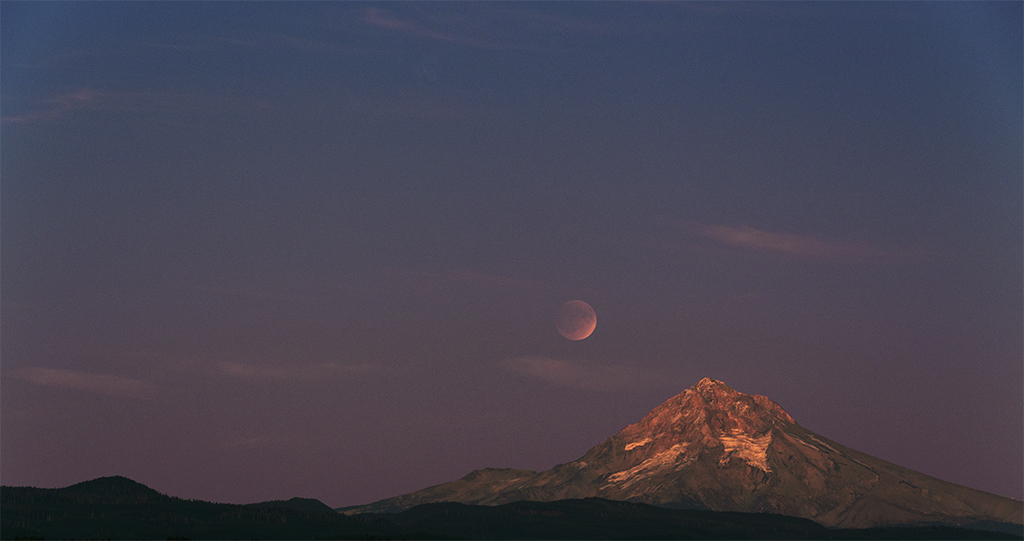 Rise of the eclipsed moon.

Ascend of the Blood Moon. 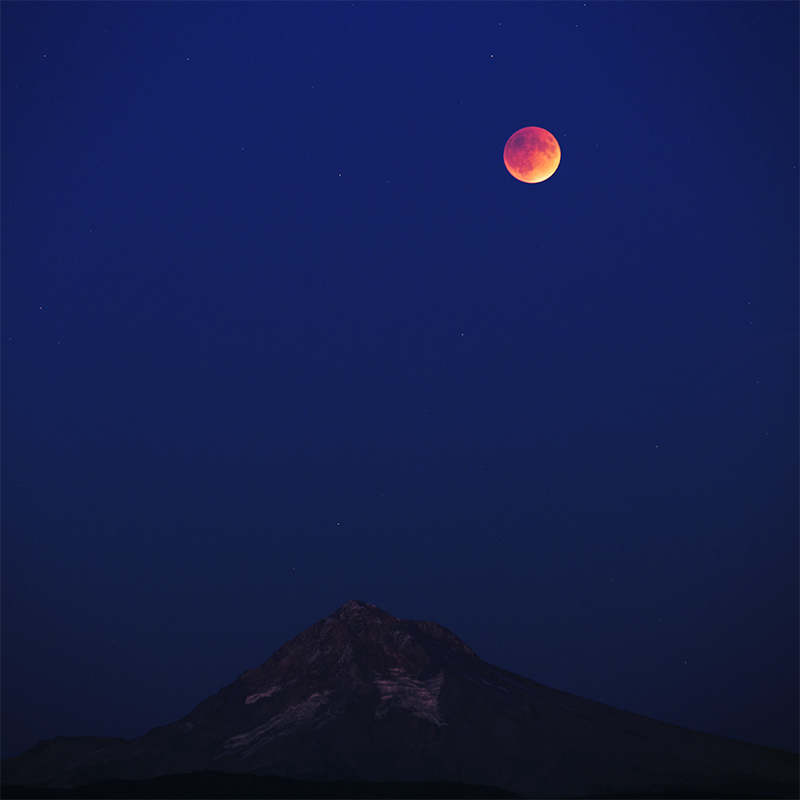 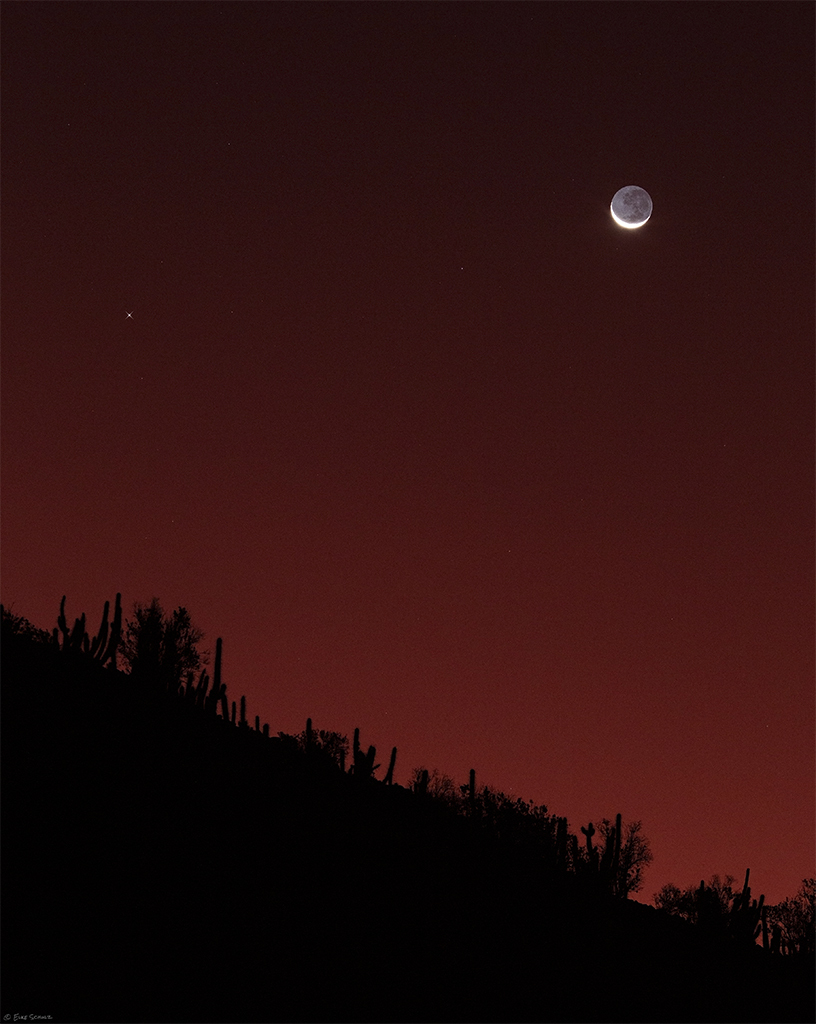 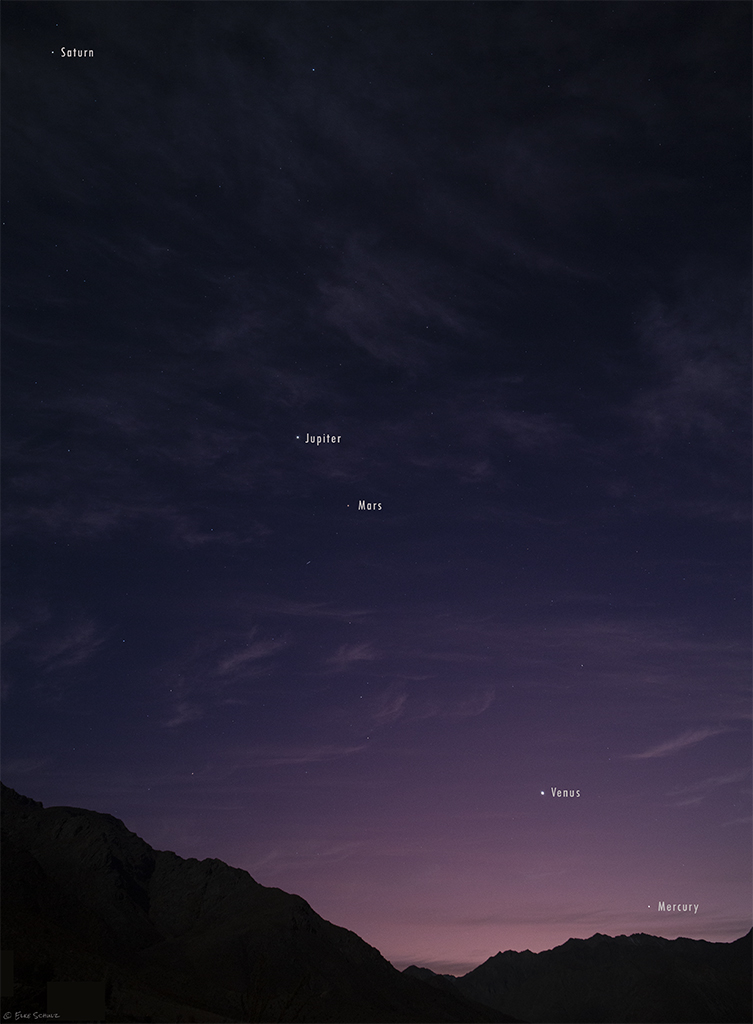 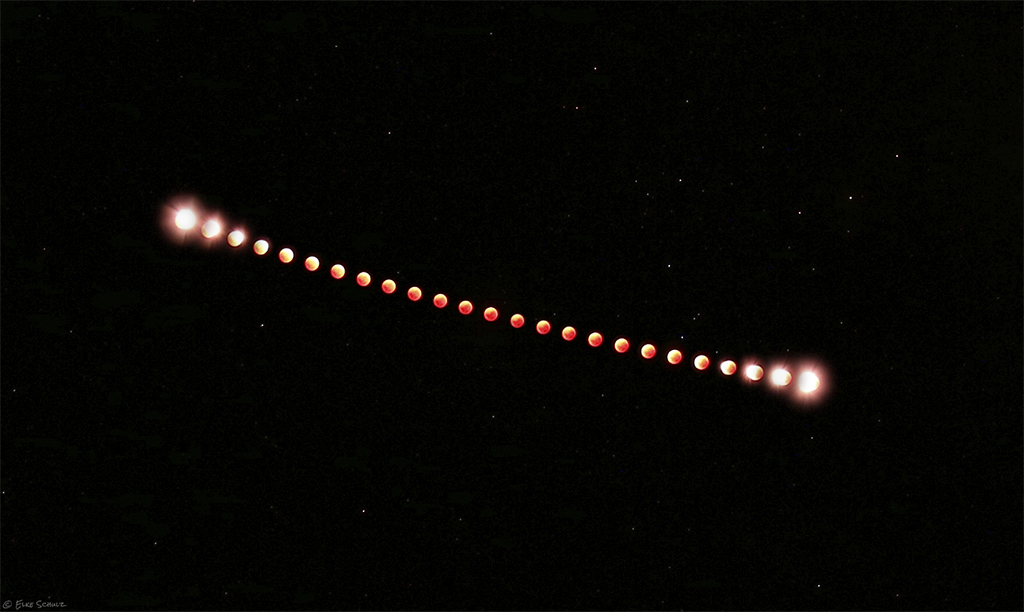